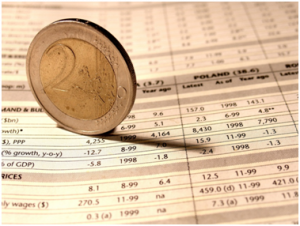 “Tapering”.  That is the buzzword of the moment.  It relates to the idea that, sooner or later, the Federal Reserve must bring to an end the economic stimulus that currently has it printing $85bn a month to keep long term interest rates at low levels.  Everyone knows it must happen eventually and they all know the subject is discussed every six weeks by the Federal Open Market Committee (and probably even more frequently).  But when will the process begin and when, in the longer run, will it lead to higher US interest rates?

The Federal Reserve chairman has made plain that tapering (the media’s word, not Mr Bernanke’s) will not start until the US economy is on a robustly positive path, with unemployment well below 6% and heading south.  When it does happen, the assumption is that the removal of endless free money will depress equity markets (not just those in America) and send bond prices lower (and not only US bond prices).  Even though nothing has happened yet, some countries and currencies have already experienced the impact of  that anticipation.

According to Moneycorp the emerging market currencies have felt the heat most strongly.  Since the subject of tapering first arose in May, the Brazilian real has fallen by 11% against the US dollar, the Indian rupee is down by 9% and Russia’s ruble has lost 5% of its value.  China’s yuan has barely budged, but only because its USD value is carefully managed by the People’s Bank of China.

Among the major currencies it is the Australian dollar that has suffered most.  Compared with its level in mid-May the Aussie has fallen by 9% against the pound.  The Australian authorities seem happy with its decline; the central bank head recently said not only that the depreciation was appropriate but also that it might have further to fall.  Investors take a less dim view of the NZ dollar, which strengthened by 3% in the last month as well as in the year to date.

As for the US dollar itself, investors have become almost obsessive in their examination of every tiny morsel of US economic data.  Stronger figures are positive for the dollar because they are evidence of the economic robustness the Fed is trying to achieve; weaker figures are bad for the US currency because they leave the door open to continued stimulus.  Recent figures, which showed the US economy growing by 0.7% in the first half of the year, were tolerated by investors but looked pasty against Britain’s 0.9% growth.  Even so, it was the pound that suffered most when the forecast of 0.6% UK growth in the second quarter turned out to have been precisely accurate.

The euro has kept as low a profile as it possibly could, Moneycorp suggested that euro’s strengthening against most major currencies in July as a result of doing nothing wrong.  It rose by about 2% against both the US dollar and the British pound.  There were even signs that Euroland’s economy might be doing something right.  Purchasing managers’ index readings for July were positive for Italy, Germany and Euroland as a whole, indicating increased business.  Britain’s manufacturing PMI was stronger still but investors remain nervous that the new Bank of England governor has something nasty up his sleeve.  There was no evidence of it when the Monetary Policy Committee announced an unchanged monetary policy on 1 August but investors suspect he is about to go announce his commitment to keeping the Bank Rate at 0.5% for  a lengthy period.  As long as it persists, that fear will continue to weigh on the pound.