Over-55s have been told to watch their outgoings in light of a rising cost of living, which is affecting savings totals across the UK. The warning comes from Aviva, following the publication of its Real Retirement Report.

The survey discovered that those approaching pensionable age are having to deal with mounting debts and lower savings because of the raised cost of housing, public transport and food. While more products are coming to the market to boost the savings of those at an ever-younger age – such as those with Family Investments, experts in Junior ISAs – there are still real concerns for those who came much later to the savings market.

The report, released on May 29th, claimed that in the last 12 months the over-55s bracket had to make more sacrifices to respond to the rising cost of essentials, meaning many other “luxury” items had to take a back seat – from clothing and leisure goods to furniture and pet care.

Worse still is the fact that those over the age of 55 are struggling to pay off monthly debt costs. Unsecured debt has risen by 36pc in just two years, at a typical cost of £23,188 in personal loans and credit cards.

However, things aren’t all bad; experts are now making more concerted efforts to encourage workers to start proper retirement planning. What’s more, incomes have typically increased by £166 a month. Wages for those who choose to work past retirement age are quite reasonable, too -among the over-75s, incomes have indeed risen.

Speaking to the Daily Telegraph following the release of the figures, Angela Seymour-Jackson of Aegon said pensioner poverty could only be averted by acting quickly. She said: “Younger respondents are more at risk of a retirement crisis than any generation that has gone before. They are increasingly becoming aware that they will have to start planning for the possibility that they will need to support ageing parents, themselves and their children in later life.

“This ‘squeezed generation’ is most at risk of stumbling into an impoverished retirement if they don’t act soon. Longer life expectancy, lower pension contributions, reducing state support and increasing financial dependency from family members makes planning for retirement all the more important.” 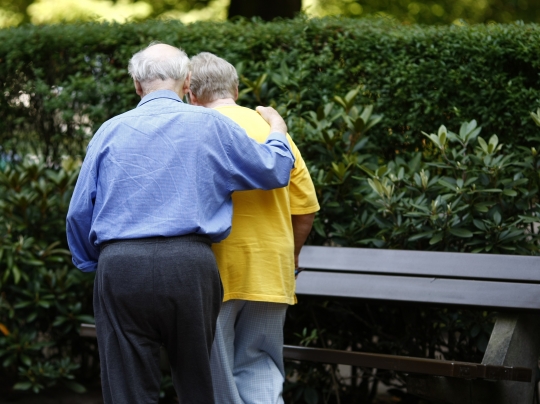